In many projects I was a mere cog in a wheel. This website only shows projects I created from start to finish.

Road from graphic design and illustration to 3D animation

I live and work in Amsterdam. After finishing my studies at the Rietveld Academy in 1981 I started as a freelance graphic designer, illustrator, and portrait painter. Loving all things technical, I started my move into the digital world in 1988, then mostly in desktop publishing.
In 1998 I moved to web design and development, mostly working as a member of a team. HTML was still very simple, CSS was in its early stages and it was quite a challenge to create something visually appealing. Photoshop came to the rescue and a few years later Flash that with its animation-timeline and many other features, was a welcome addition to the Web. I loved working with Flash and learning different computer languages. In that way, I had precise control over the design and functionality of what I was building.

Next to my "nerdy" work I designed a light system, brought it into production, and kept illustrating and painting.

When Flash disappeared from the web horizon, I started to focus on WebGL and 3D content creation in all its aspects. After learning and using diverse 3D programs like zBrush and Lightwave, I am now an avid Blender user.

Most of my work is on commissioned art, design and highly customised web projects, be it as part of a team or "in solitary confinement".

Now my focus is mainly on creating interactive 2D, 3D and Virtual Reality projects for the Web. I'm also working on an interactive, children's book (ages 9 to 99) with animated illustrations.

Contact me for seeing works at my studio or for involving me in 2D/3D animation, WebGL and VR projects.

Note: To prevent receiving spam, the email address is not in type and not linked.


New works will be added to this website every once in a while.

Fantasy is a great gift. Out of thin air, we can create completely unrealistic worlds and situations. Now, what indeed is realistic? It seems that we don't exactly imagine and create out of thin air. We build upon experiences in our lives.

So when on a cold dark winter's day in 2014 a little vehicle presented itself to me during my daily shower I wasn't in the least surprised, after all, weird things happen at unexpected moments. It wasn't so out of the ordinary because I have seen hybrid vehicles before and this one looked a bit like a mix between a 19th-century submersible, a propeller aeroplane, and an insect. All things that do exist and most of us have seen before. Nothing out of the extraordinary...

This vehicle was special though, not only because of the way it presented itself to me but also because it took me on a journey to a tiny little planet, just around the corner in an adjacent spiral arm of our beloved galaxy. A planet that seems quite familiar to where I live but also quite different.

In 2015 I started to make sketchings and write about what I encountered during my observations on this weird familiar little planet with the plan to turn it into an interactive children's book project (ages 9 to 99).

Currently I'm using Blender's new 2D animation features in my workflow, which proves to be a great help for what I have in mind. If you want to know more about this project you can contact me by email.

A few years ago I posted a few stories and links to animations and video's I thought of as "little gems" on Google+. The nice thing about Google+ was that it was visually well designed and more focused on exploring and learning new things, not on personal matters. Sadly Google decided to discontinue it.

Now, you can find my stories like "Blackbird singing on my balcony", here on my site. 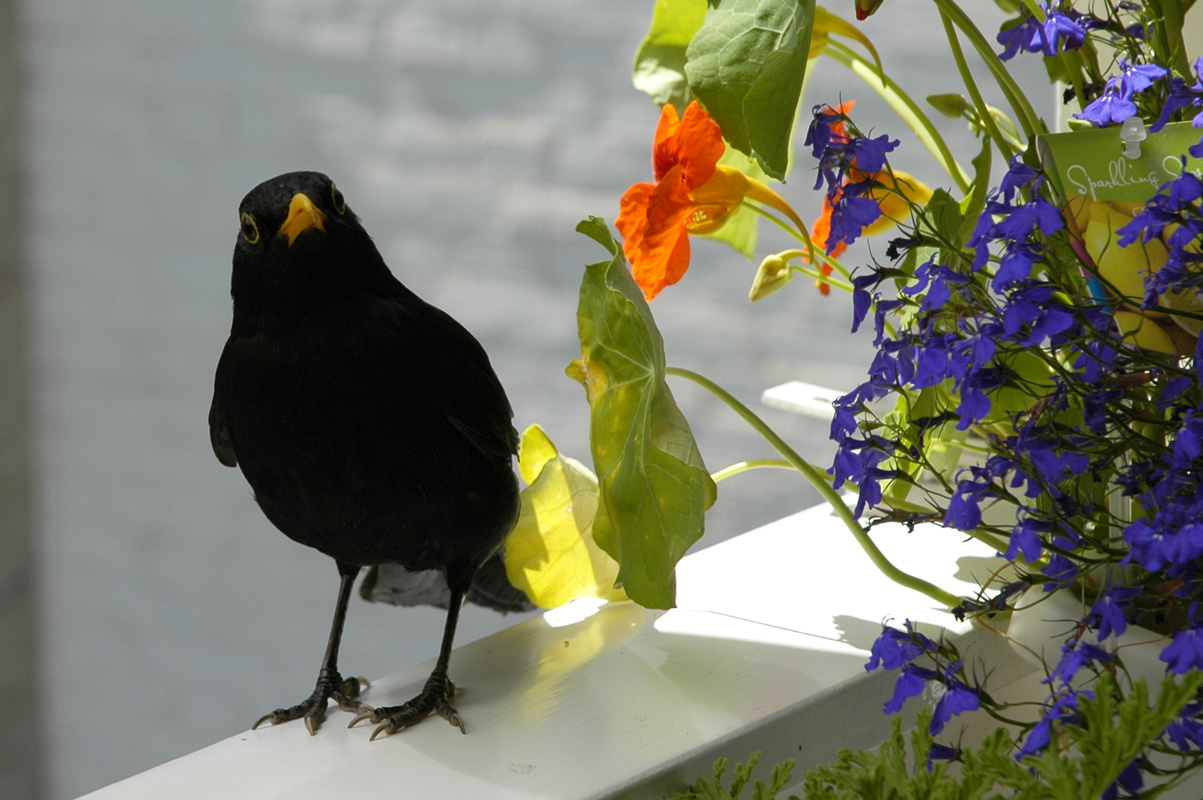 In May 2019, during a Verge3D Conference in the Netherlands, I gave a presentation on porting 2D vector-based content to Verge3D. I received many requests to make tutorials on this topic and Verge3D in general.
I am mostly an intuitive creator and linear thinking is not one of my greatest strengths so I never considered making tutorials (as for giving presentations). But I gave it a try and decided to post on Vimeo so people will not be bothered by ads in the videos.
Here is the first one.

Not everyone has a device or uses a browser that can run complex WebGL applications or are familiar with navigating in the interactive 3D environment it offers. I have also made video presentations of my interactive 3D/2D (WebGL) projects to get a broader audience for my little messages.

New projects will be added regularly. For curriculum vitae click on the signature.